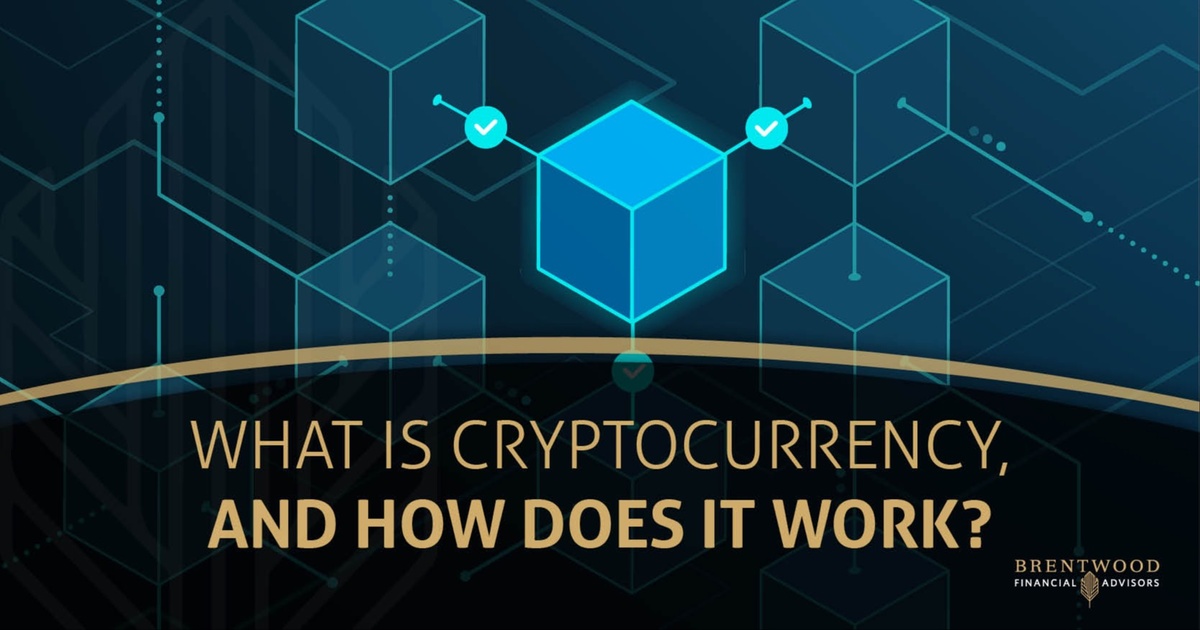 What is cryptocurrency, and how does it work? 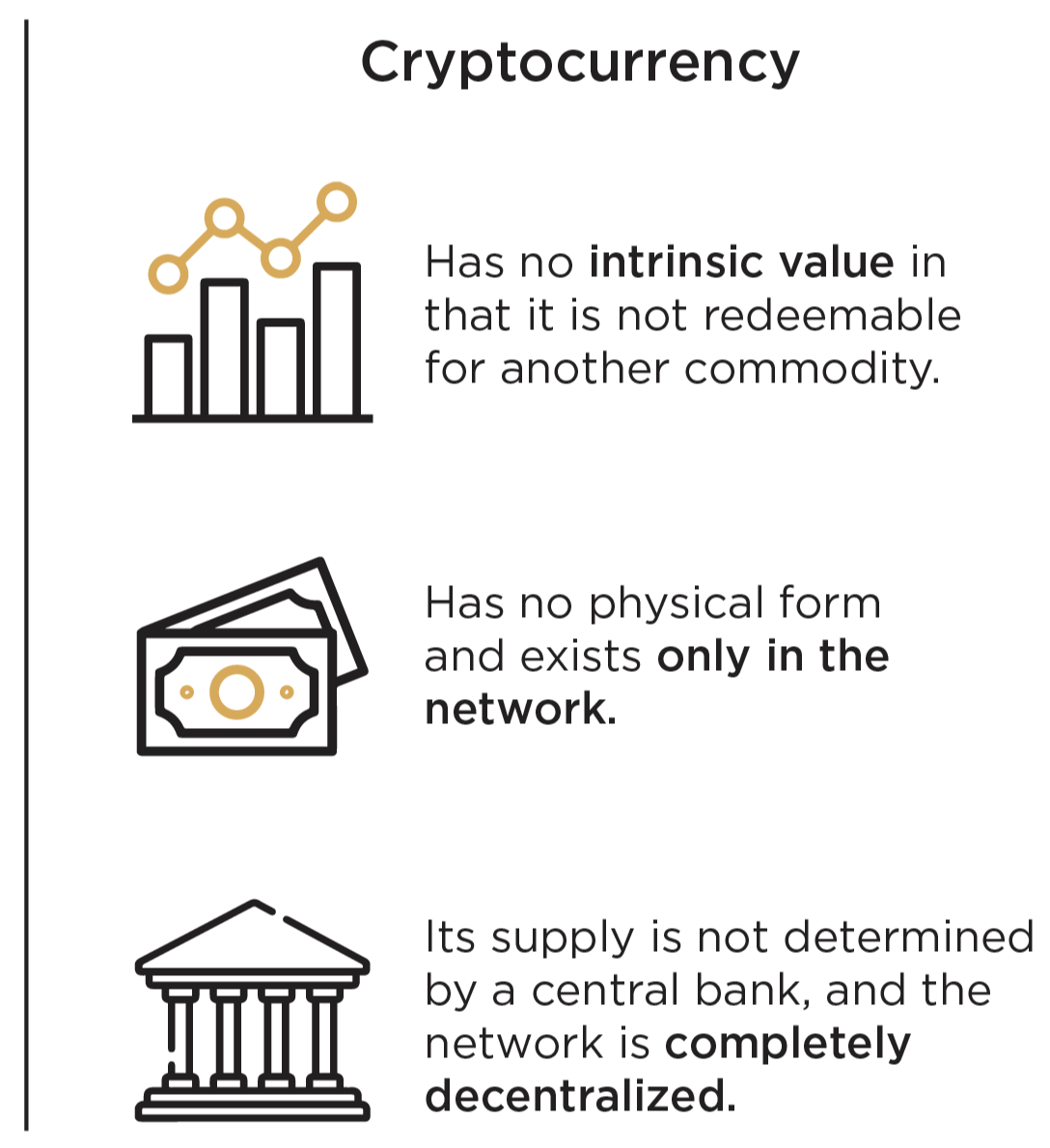 Few topics lead to as much disagreement between today’s savvy investors as cryptocurrency. Some true believers will shout from the rooftops that it’s the money of the future and the future of money. Some cynics will just as loudly declare that it’s the dodgiest scheme ever foisted on the public. There are lucky speculators who’ve turned a profit practically overnight, and there are hacking victims who’ve had to pony up a ransom in untraceable Bitcoin delivered to Deep-Web ne’er-do-wells. So what’s the truth about crypto?

First, it should be said that crypto investments can be genuinely very, very profitable — but they’re also much riskier than conventional stocks. Why? Because crypto trading is a form of currency exchange, which means it plays by different rules than the stock or bond markets. (In other words, it’s a form of speculation rather than investment.) And because crypto is a currency divorced from any actual country’s central bank, this currency exchange plays by different rules than traditional foreign exchanges, too.

Bitcoin, the world’s first decentralized cryptocurrency, was invented in 2008 using technology that, put very simply, could ensure that each unit was unique, in much the same way that every paper bill in your wallet is stamped with a serial number and various other anti-counterfeiting protections. Other cryptocurrencies followed suit, all using slightly different techniques to do a similar thing: ensure that each “coin” was unique — so it couldn’t be copied — but could be easily and anonymously exchanged.

The “crypto” part of the name comes from “cryptography,” or “writing code,” which can refer to both making the computer code that creates each unique coin and the encryption used to trade coins securely online. In fact, everything about cryptocurrency happens online, from the computer programs used to create the code for each unique coin to a transaction using a bitcoin (or a part of one) to buy something — a boat, a bicycle, or whatever a vendor is willing to sell.

WHERE DO COINS COME FROM?

The process to create the unique code for each new unit of currency is called “mining.” It isn’t instantaneous. It takes a computer 10 minutes to make the calculations for a new bitcoin. By comparison, each litecoin takes around 2.5 minutes, while the calculations for dogecoin, a lighthearted currency intended for very small transactions, produce 10,000 coins every minute with an absolute limit of 5 billion per year.

If you’ve heard criticisms of the environmental costs of cryptocurrency, this is what that’s about: The calculations used to make each new coin are so complex, banks of computers have to run constantly, draining enormous amounts of electricity and generating significant amounts of heat. Most cryptocurrencies are designed to gradually produce fewer and fewer coins until production stops, capping the total number of coins available to ensure they appreciate in value.

The unique code for each coin — that is, each unit of cryptocurrency — is called a “block,” and each currency records those blocks in a kind of ledger. But unlike the pages of a physical, real-world book, these ledgers are shared in a distributed network, a chain of related blocks that’s better known as a “blockchain.” The ledgers are open to the public and mathematically verifiable, so anyone and everyone can check them for accuracy. (Other blockchain applications like NFTs do different things that rely on the same authentication system.)

It took a few years, but by now just about everyone trusts the security of this system: coins can’t be counterfeited. However, they can still be stolen: Safeguards on currency exchanges or marketplaces, like Coinbase or Bitmart, are only as secure as any other computer network.

So is crypto a good investment or not? Unfortunately, the only responsible answer is, “It depends.” Cryptocurrencies react differently to market pressures and other, even less predictable stimuli. A single tweet from Elon Musk, for example, has caused a significant, temporary spike in the price of dogecoin on more than one occasion. New currencies come and go in an environment that can be conducive to dreamers and scammers. On the other hand, cryptocurrency, in general, is here to stay. The nation of El Salvador even officially made bitcoin legal tender in September 2021.

There are also indirect investment options where people buy shares in companies or exchanges that do business with crypto, like Venmo, PayPal, Coinbase, or even the CME Group, which does crypto futures trading. But still, be aware that most of these entities aren’t working within a fully formed regulatory framework, so things can change as rapidly for them as for a tech start-up. This can mean extreme volatility or even loss of all investments.

Before making any major moves, do as much research as you can, and speak to our financial advisors about your overall investment needs and risk tolerance.

Cetera does not offer any direct investments, endorsement, or advice as it relates to Bitcoin or any crypto currency.