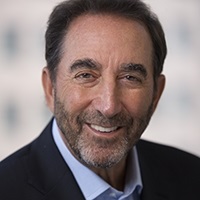 He began his career in the investment industry after enjoying a prosperous fifteen year career as a senior executive in healthcare services as both a CEO and COO of several national healthcare companies. Larry was a co-creator of the nation’s first national behavioral healthcare group practice medical company and participated in the company’s IPO, as well as the COO and joint creator of the first national group practice integrative medicine company.

Larry holds the General Securities Representative registration(Series 7) and the Uniform Combined State Law Examination (Series 66) in multiple states. Additionally, he earned a B.B.A. degree from the University of Miami.

Larry is an active participant in a number of charitable organizations including the Thalians and Lupus LA.